As for laptops, I'd be more afraid of them crashing then a minidisc. I also dig our drummer being in control of it rather then a sound guy. The "competition" aspect of this, especially in LA, is the deal winner for me. We need to compete, we need to impress any random label guys in the venue, and we need to get closer to our recorded sound. The Alesis HD24 is a great piece of gear for this. Record background parts to it, and a click track on one of its tracks. The extra hard drive can be a duplicate that you pop over too in case of failure.

If you use a choir and strings on a song, should you never perform it live if you can't put a choir and orchestra on the stage? Bungle thumbsup thumbsup 2. Flaming Lips. I personally hate this. When I can identify that the band is playing to a CD player, I lose all respect for them and I will never watch them live again. Sparta is an example here. Conversely, if a band strips a very produced album down to something basic, I gain a lot of new respect. I saw the band Muse lately.

Their album has a billion things going on and they condensed it into a 3pc live set. Amazing, I didn't even really like the band that much before the show. I recently saw Tool and the drummer was triggering guitar samples.

I'm mixed on this, but at least they're being triggered. It's crazy. That said, I definitely don't mind people playing to a sequencer if it's triggering FX changes, lights, samples, etc. In the end, it's about whether or not the band is cheating you. I am the only one who can sing in my band and the lack of background vocals live compared to theh thes of it on our disc makes our live show sound like ass. Even some jazz acts like Chick Corea have been known to do it. For me if it's done to enhance the compositions and performances it's fine.

If it's used to help pull off performances that otherwise would be impossible due to lack of musicianship up to the task at hnd I don't dig it. But as I said, the queston of cheating went out with multi tracking and going back to fixing it in the tracking room. BTW I'd love to be able to turn back the clock to get rid of overdubbing, when the musicians held sway over the producers. 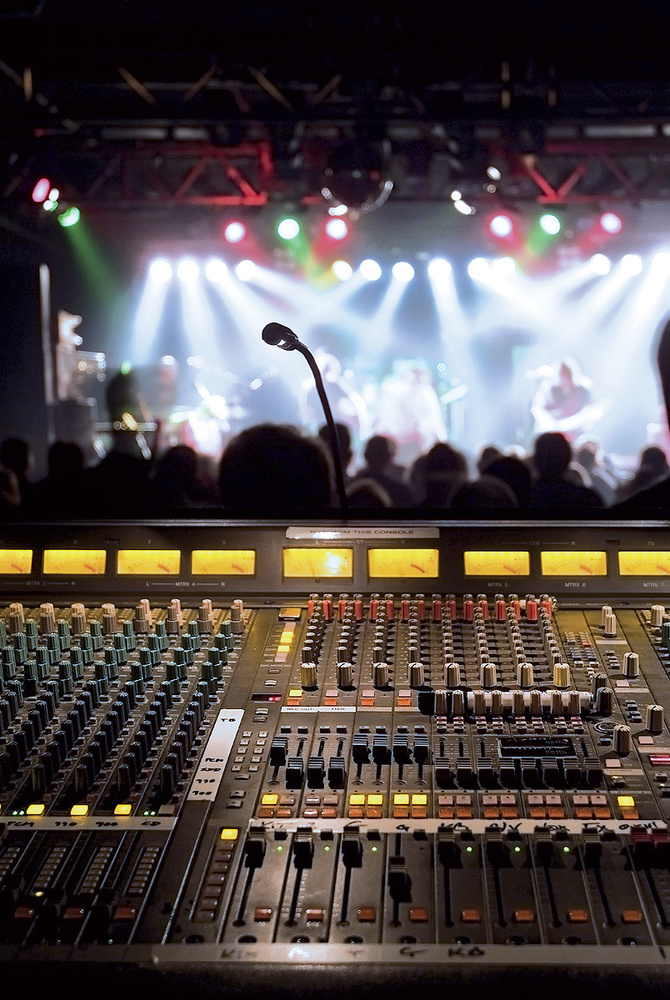 I love bungle. What types of things were canned? Originally Posted by platypus.

Does the click track side usually include a bit of prerecorded guitar or something for the drummer to play to rather then just playing to a click the whole show? Or do they usually one ear it? Also, anyone use a 5. I'm thinking I would have a rack of DVD Player, 4 outputs to a rack mixer with pans to make a stereo mix of stuff that will go out stereo to the main snake, and the other output feeding a rackmount headphone amp that feeds click and whatever else to the drummer.

Sound good? Are there any decent digital four tracks out there that can hold enough data for a 60 minute performance? Also, why would anyone choose minidisc over a simple CD player, doesn't the latter sound better? Last I remember when seeing them, they all trigger samples from keyboards incl.

Mike Patton. So not exactly a 'backup track' Also, they bring a formidable band with them that switch to different instruments here and there not to mention a dedicated percussionist. I guess for a local band, you can't afford to hire the horn players that played on the really great song that always gets a great reaction live, so you have it on a minidisc or whatever This way, if tape gets miss cued, the drummer will still be able to cue the band correctly. Experiment with different mixes, with only one track for FOH it can be tricky.

Playing to tape isn't exactly a treat, I would try to get your dudes singing if thats all that you need on tape.


I know getting band dudes singing could even be harder, good luck! Who can believe that this is what it has come to?!

I remember G. Smith being interviewed on N. I just sat in my car cringing as he explained how, 'these days in the industry there are two accepted standards; 'Live' and ' Live live'.

Apparantly by lipsynching Ashley was in the 'Live' catagory. What a joke! It's depressing.

Originally Posted by Rednose. A skip can spell disastor, believe me! Originally Posted by thejook. Okay I'll give my opinion on this. We use tracks all the time in our band. We are mainly a cover band with some originals playing festival, clubs, lots of corporate, and private functions around Chicago and doing some occasional travel for corporate shows. We are 4 pieces bass, drums, guitar, female lead singer. We play a huge variety of material including a ton of Top 40 Pop and Rock stuff as well as a ton of retro rock and dance.

Being that we are only 4 pieces, we use the pre-recorded tracks to cover keyboard parts, horn parts, extra guitar parts if necessary, percussion, and loops to re-create the sounds as best we can.

forum2.quizizz.com/map360.php We don't blow vocals though, we cover all those live. Sure we would love to have a keyboardist and a second guitarist, but to stay cost competive in our market and make a decent buck doing shows, running background tracks is essential. Also, years ago after we looked over at the bar and saw our keyboardist waiting in line to get a beer when he was supposed to be starting and singing the next song is when our experiment with sequenced background tracks began.

In all that time, we never had any complaints from the audience about it. They like the fact that we can re-create a lot of the popular songs very close to the radio and our lead singer is awesome so people really don't care very much about how we do it. Sure there are some musician in the audience who might have a problem with it, but in the long run, the format has been very successful for us. Here is how we do it. I create all the sequences in Pro Tools and record what ever parts are necessary.

Outs are Keys and Guitars, 3 is count offs, are percusssion, 8 is click track. I use Sonar because it is the only program that has a playlist function that you can have either go right to the next song or pause until you hit a key. It has been rock solid. We load the set list before each set our sets always vary and I I'm the drummer can load and delete songs with my left hand while playing with my right.

The band is all in-ears and we carry our own monitor desk with our own split snake. That is how we do it. I hate paying to a click even in the Studio. No way I would do that live. Originally Posted by garymusic. Joe, do you have some of the instruments going to your in ears as well as the click? Retrieved August 8, DVD Movie Guide. Retrieved July 10, The Buffalo News. Berkshire Hathaway.